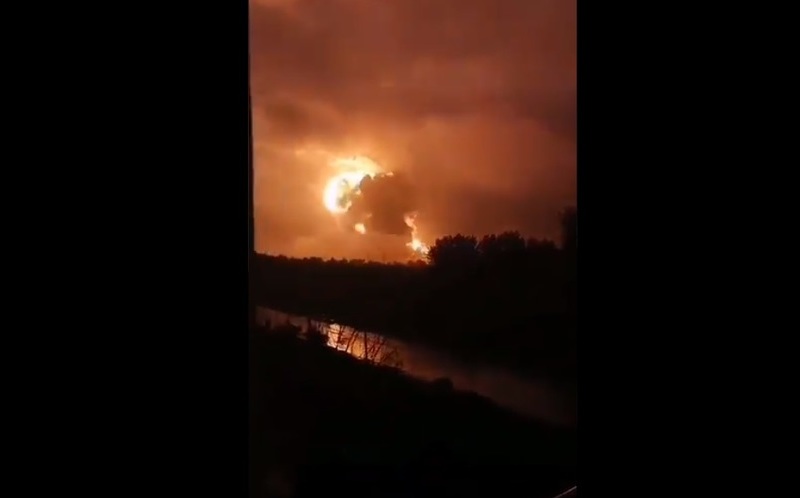 This aerial photo taken on July 5, 2021 shows water being released from the Xiaolangdi Reservoir Dam in Luoyang in China's central Henan province, which has been hit by severe storms and torrential rain AFP/STR

BEIJING: The Chinese army warned that a stricken dam in the centre of the country "could collapse at any time" after being severely damaged in torrential storms that killed at least three people and brought the region to a standstill.
Weather authorities have issued the highest warning level for central Henan province as downpours caused widespread disruption and the evacuation of residents of flooded streets.

On Tuesday evening the regional unit of the People's Liberation Army warned that the relentless downpour had caused a 20-meter breach in the Yihetan dam in Luoyang - a city of around seven million people - with the risk that it "may collapse at any time."
The PLA's Central Theater Command said it had sent soldiers to carry out an emergency response including blasting and flood diversion.
"On Jul 20, a 20m breach occurred at the Yihetan dam .... the riverbank was severely damaged and the dam may collapse at any time," it said in the statement.
Floods are common during China's rainy season, which causes annual chaos and washes away roads, crops and houses.


But the threat has worsened over the decades, due in part to widespread construction of dams and levees that have cut connections between the river and adjacent lakes and disrupted floodplains that had helped absorb the summer surge.


FLOODED SUBWAY
In the nearby city of Zhengzhou, at least one person died and two more were missing since heavy rain began battering the city, according to the state-run People's Daily, which reported that houses have collapsed.


Local media reported that two people died when a wall collapsed in another district of the city.
According to the weather authorities, the rainfall was the highest recorded since record keeping began sixty years ago as the city saw an average year's worth of rainfall in just three days.
Authorities closed Zhengzhou's flooded subway system and cancelled hundreds of flights.
Unverified videos on social media showed passengers in a flooded underground train carriage in Zhengzhou clinging to handles as the water inside surged to shoulder height, with some standing on seats.
Water could be seen gushing through an empty underground platform in state broadcaster CCTV's footage.

On its official Weibo account, the fire service shared reports that passengers were being rescued from stranded trains, but did not post its own statement.
One passenger's account said fire and rescue workers had opened a hole in the roof of her carriage and evacuated passengers one by one.
Footage showed one man sitting on top of his half-submerged car in an underpass.
More than 10,000 people had been evacuated as of Tuesday afternoon, said provincial authorities, warning that 16 reservoirs had seen water rise to dangerous levels as downpours ruined thousands of acres of crops and caused damage amounting to around US$11 million.


@I am Sancho ven a defender tu título