The Last of Us: Part II

The Last of Us Part II Comes to PS4 in May

Combat has increased emphasis on tension, interactivity and realism.

Enemy AI references each other by name, and constantly communicates with each other.

New dodge/evade mechanic is a core part of combat and melee.

You now have a jump button.

Far more creative and emergent moments in combat thanks to big increase in breadth of options.

You're not automatically fully hidden in grass. Extent of your visibility depends on height & density of foliage.

Much more verticality in combat scenarios now. She needs more routes and ways to engage.

Survival aspects are still a focus.

Animation system is completely overhauled so everything is even more realistic and transitions are seamless.

Wide linear combat environments are being expanded to be even larger and broader.

No more auto AI telepathic awareness of you once spotted. They whistle to and actually communicate with each other.

Referred to as systemic check-ins of AI information. They pass information to each other more realistically to let new groups and enemies know of the unfolding situation or of your position.

Enemy awareness and ability to seek player out improved.

You can now craft different ammo and arrow types.

Expanding on the infected types and there will be new classes in the game.

Demo is set 4 years after the events of TLOU, in Jackson.

Seraphite is a religious cultish group, but they will not be black and white. Motivations explored.

Joel is somewhere out there in Jackson. 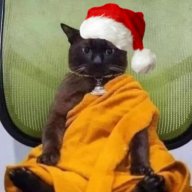